“Maybe I should kill myself,” my friend said as we walked down a street in Dhaka, Bangladesh, together. He wasn’t kidding. I wasn’t surprised. In April 2013, my friend had been at the collapse of Rana Plaza, a nine-story garment factory outside Dhaka. The disaster had immediately killed 1,116 workers, and my friend, a journalist, […]

Read the rest of this story

“Maybe I should kill myself,” my friend said as we walked down a street in Dhaka, Bangladesh, together.

He wasn’t kidding. I wasn’t surprised. In April 2013, my friend had been at the collapse of Rana Plaza, a nine-story garment factory outside Dhaka. The disaster had immediately killed 1,116 workers, and my friend, a journalist, had spent a week amid the wreckage. He’d helped save a few of the 2,438 survivors. I’d been there too, and seen the grim horror of dead bodies beneath shattered cement and tangled rebar. He’d come away sleepless, guilty, depressed – in a word, traumatized.

My friend eventually recovered his natural buoyancy. But occasionally I still think of his words. In a way, they were the reason I’d come to his country. In the past month, I’ve recalled them whenever Obama’s 2015 budget proposal is mentioned.

The President’s budget includes a cut of $30.5 million to the Fulbright, the prestigious academic exchange program through which many successful people have passed. It’s an unprecedented reduction in the U.S. commitment to the Fulbright, and protest has roiled online. Arguments against the cut are myriad: one alumna points out that the Fulbright is “soft diplomacy,” while another writes about the Fulbright’s cross-cultural “deepening of the spirit.” They’re right. But I think the most important reason to save the program lies elsewhere.

On the day I walked down the street with my friend, I was completing mental health research under a Fulbright. Without the grant, the work would have been almost impossible.

That is entirely literal: I had little other support. Just before the disaster, I’d raised the issue of institutional neglect with a supervisor at the university where I’d affiliated. “Your dream isn’t worth having,” she’d said about my Fulbright research, pooh-poohing the fifth of sixth protocols the university would request and spuriously reject.

I disagreed with her. Thankfully, so did the Fulbright Commission. Their backing was the chief reason I was able to do mental health research in Bangladesh. It was a rare support for a huge unmet global need.

On the day Rana Plaza fell – one-third of the way through my nine-month grant – I’d already learned that Bangladesh, a nation of 160 million, had just 123 psychiatrists. That number was sufficient to serve less than 1% of Bangladeshis in need. Information-gathering was even more neglected. In the past 20 years, just over 60 mental health studies have been published. (America had published perhaps a thousand times as many studies in that same timeframe.)

Yet there is no doubt about need. Bangladeshis have the same propensity towards mental disorder as anyone else – including vulnerability to trauma. After the Rana Plaza atrocity, psychiatrists from Bangladesh’s National Institute of Mental Health diagnosed mental illness in 1,780 of 1,998 survivors assessed, or 89.1%. Their families also have elevated psychological distress. Rescuers (like my friend) have been known to commit suicide, but have never been fully assessed.

That stark outcome was foreseeable within hours of the factory collapse. Yet a year later, most survivors have not received adequate help.

Meeting their needs is part of a global economic imperative. Mental health disorders are becoming the number one most common health problem worldwide. They account for about 14% of the total global disease burden, and heavily interfere with economic prosperity of individual workers and entire nations. Yet they receive only about 1% of healthcare expenditures worldwide. This neglect is unsustainable.

Per the Alliance of International Education and Cultural Exchange statistics, 93% of Fulbright alumni say their experience enhanced their understanding of the cultures of other nations. I feel that way, and I know an efficient, culturally competent global mental health system cannot be developed without this knowledge.

And I know that people who survived Rana Plaza – and all of the others who need mental health care in Bangladesh – deserved every second I gave them, and many more. Despite all the difficulties, I would do it all over in a heartbeat.

Did my Fulbright work deepen my spirit? Perhaps it did. (I met a friend I feel great affection for, to begin.) But when I see Obama’s proposed 13% cut to the Fulbright budget, I don’t worry about that. I remember that many of my colleagues did excellent Fulbright work last year, including a labor organizer – who I will forever consider a lion of courage – who spent a full week as a rescuer at Rana Plaza.

I think of the veritable army of future Fulbright researchers whose cutting-edge work will go unfunded, and the many people worldwide who would benefit from that work. To them all, I want to say the same words I said to my friend on a street in Dhaka in the darkest hour of his trauma: If you were gone, I would really miss you.

Sophia Newman
from United States to Bangladesh
Scholar at (2012) 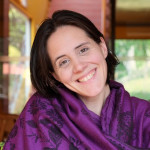 from United States to Bangladesh
(2012)